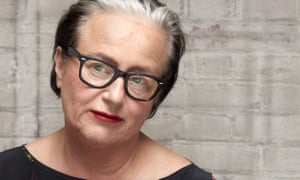 When Lidewij – or Li – Edelkoort started her career as a trend forecaster 45 years ago, people thought her job was “witchcraft”, she says. “Men would be giggling at the end of the room. But I have gained respect,” she says, “because I have been right so many times.”

The Dutch 69-year-old is fashion’s best-known soothsayer, a woman who has spent more than four decades helping brands, including Prada, Zara and Coca-Cola, to anticipate customer desire. She is also the dean of hybrid design studies for the prestigious New York fashion college Parsons School of Design, a curator (one recent exhibition was an installation in Tokyo in which Google devices were placed among artisanal homeware), and a regular on “most influential people” lists in fashion and design.

When we meet, she is swathed in loose, dark layers of Eskandar and Issey Miyake, and has just delivered a lecture to a rapt audience of 100 fashion and retail buyers in London. With striking hair (a dark bob with Lily Munster streaks) and thick black spectacles, she speaks slowly, in very long sentences: interviewing her can feel like consulting a very niche psychic. She is given to issuing prophecies such as: “I think we will get very inspired by blouses.”

But while it is fun to imagine her as the Nostradamus of fast-moving consumer goods, her methods are relatively down to earth. Through research, interviews and travel, she picks up ideas that are “circling around”, then uses her “intuition” (“data is no use; it’s too late,” she says wearily) to predict which of them will take off.

“I can work 25 years ahead,” she says. In 2000, she tells me, she predicted that by 2025 there would be a “fusion of everything contrasting”. “Work and leisure, man and woman, very intense sport, but also laziness and meditation. I can therefore see that it is becoming [true] 100%.”

She has never made a bad call, she says, not least because her predictions “are not my invention”. “I’m just picking it up and broadcasting it. It is not a creative profession. It is more analytic.” What she will admit to is occasionally miscalculating the “volume” of a trend. After seeing leggings on New York City messengers at the end of the 80s, for example, “I thought, that’s cool – it will be a trend. Little did I know it would become a billion-dollar business.”

For at least 10 years, she says, trends have slowed down, becoming “vast currents which are mobilised over time”. This makes me feel a bit basic, when I then ask for assurances about whether the midi skirt I’m wearing will still be fashionable in 2025. “That idea left us somewhere in the 80s,” she says drily. “Everyone can have the length they desire.”

When I made the manifesto I could have lost all my clients. But the timing was right. People sent me messages saying: ‘This is what we all think’

Edelkoort has, in fact, gone further than this. In 2015, she predicted the death of the fashion industry as we know it, slamming it as “a ridiculous and pathetic parody” in a treatise titled the Anti_Fashion Manifesto. Last year, she wrote a similarly damning appraisal of the Met Gala, calling the red carpet a “mesmerising and sickening” display, which came on “the same day the UN published a scientific survey that certified that because of human greed, excess, waste and abuse of our habitat we will lose one million species”.

She was so angry when she wrote that, she said, that “I didn’t even recognise myself,” yet these moments of truth-telling made her more popular. “When I made the manifesto, I could have lost all my clients – I took a risk. But the timing was right. People sent me messages saying: ‘This is what we all think!’” Anyway, Edelkoort says, you only have to look at the closures of blue-chip brands such as Barneys to see that people are sick of fashion as usual. “It is no longer attractive for people to encounter the same old thing on every street corner. The consumer doesn’t see the point any more,” she says. “Wake up, people!” 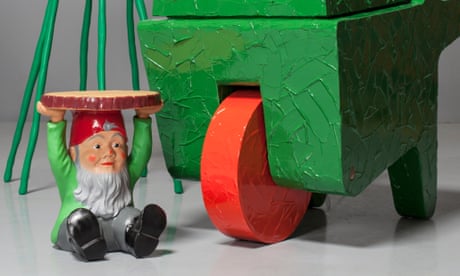 Design for a changing world – in pictures

After our interview, she presents a second lecture, the latest of her big predictions, titled The Future of Luxury. She argues that in the next decade – as people tire of overconsumption – our lives will shift radically. She urges the assembled fashion professionals to “make much less, make it better and make it more expensive”. She says that success will not be expressed in dollars but “in degrees of happiness”.

“People are an endangered species and if you’re not part of the big change you’re not relevant,” she tells me afterwards. Many brands, she argues, will close if they don’t change. “It’s very hard to turn these big boats around,” she says. “It’s much easier to start a new company now than scale down.”

Despite Boris Johnson’s recent election – and regardless of the presence of a climate-change denier in the Oval Office – she believes young people will continue to fight for a better future, and will get one. “Crazily enough, elections everywhere in the world go against it,” she says, but she believes the hunger for a greener, fairer, less consumerist society is growing and that eventually there will be a tipping point.

“In Germany and parts of China, there is an increasing understanding that ecology equals economy. The day we are able to prove this, I think we will create change.” Witchcraft or otherwise, here’s hoping she is right.

Life in the 2020s according to Lidewij Edelkoort

Libraries
Libraries will “start lending clothes, offering lectures and writing courses, hosting exhibitions and concerts”, says Edelkoort. She believes they will become “the epicentres of small towns and villages”, partly run by community volunteers in return for access. In Tokyo, she says, there are already “beautiful” libraries where people work and dine together. She believes this will be one of many “societal initiatives bringing us back together”, in response to today’s “dangerous” state of disconnection.

‘Non-fashion’ fashion
Edelkoort believes “proven, functional” workwear shapes will be popular in the 2020s. “We will retreat, after all this newness, possibly into something more sensible and pragmatic,” she says.

There will still be “a need for romantic dresses – slightly high-waisted; a need for volume.” Edelkoort cites the Irish designer Simone Rocha as someone who is “now getting major acclaim”. That silhouette is, she says, “beguiling” and encourages “a more dancing step”.

Flight shaming
In the next decade, we will fly a tenth as much as we do today, says Edelkoort. In Scandinavian countries, she says, wealthy people are already selling their houses abroad rather than face their friends’ disapproval at their regular flying. Recently, KLM advised customers to fly less. Train travel, she believes, will take off instead. She argues that this will happen because “the big innovative companies, like Google, Tesla and Apple” will invest in green technology, while some companies will rethink their business plans in a radical way. KLM and British Airways, for example, “would be smart” to invest in the rail sector to make up for the shortfall in domestic flights.

An age of collaboration
In fashion and design, “there will be co-creation. One of my visions of the future is that it will be the age of the amateur; people will be empowered to be more creative.”

The end of ‘stuffocation’

Edelkoort cites the popularity of shows on Netflix about decluttering as a sign that citizens will soon buy into the “revelation” that having less stuff will make us happier. She believes that people will grow to cherish their selected possessions so deeply that we will eventually see the rise of animism, where objects are respected, treated “like pets”. “This is a bit further in time,” she says, “but it will definitely happen.”

• This article was corrected on 8 January 2020. Simone Rocha is Irish, not British, as we originally stated.

As the climate crisis escalates…

… the Guardian will not stay quiet. This is our pledge: we will continue to give global heating, wildlife extinction and pollution the urgent attention and prominence they demand. The Guardian recognises the climate emergency as the defining issue of our times.

You’ve read 124 articles in the last four months. We chose a different approach: to keep Guardian journalism open for all. We don’t have a paywall because we believe everyone deserves access to factual information, regardless of where they live or what they can afford to pay.

Our editorial independence means we are free to investigate and challenge inaction by those in power. We will inform our readers about threats to the environment based on scientific facts, not driven by commercial or political interests. And we have made several important changes to our style guide to ensure the language we use accurately reflects the environmental catastrophe.

The Guardian believes that the problems we face on the climate crisis are systemic and that fundamental societal change is needed. We will keep reporting on the efforts of individuals and communities around the world who are fearlessly taking a stand for future generations and the preservation of human life on earth. We want their stories to inspire hope. We will also report back on our own progress as an organisation, as we take important steps to address our impact on the environment.

We hope you will consider supporting us today. We need your support to keep delivering quality journalism that’s open and independent. Every reader contribution, however big or small, is so valuable.