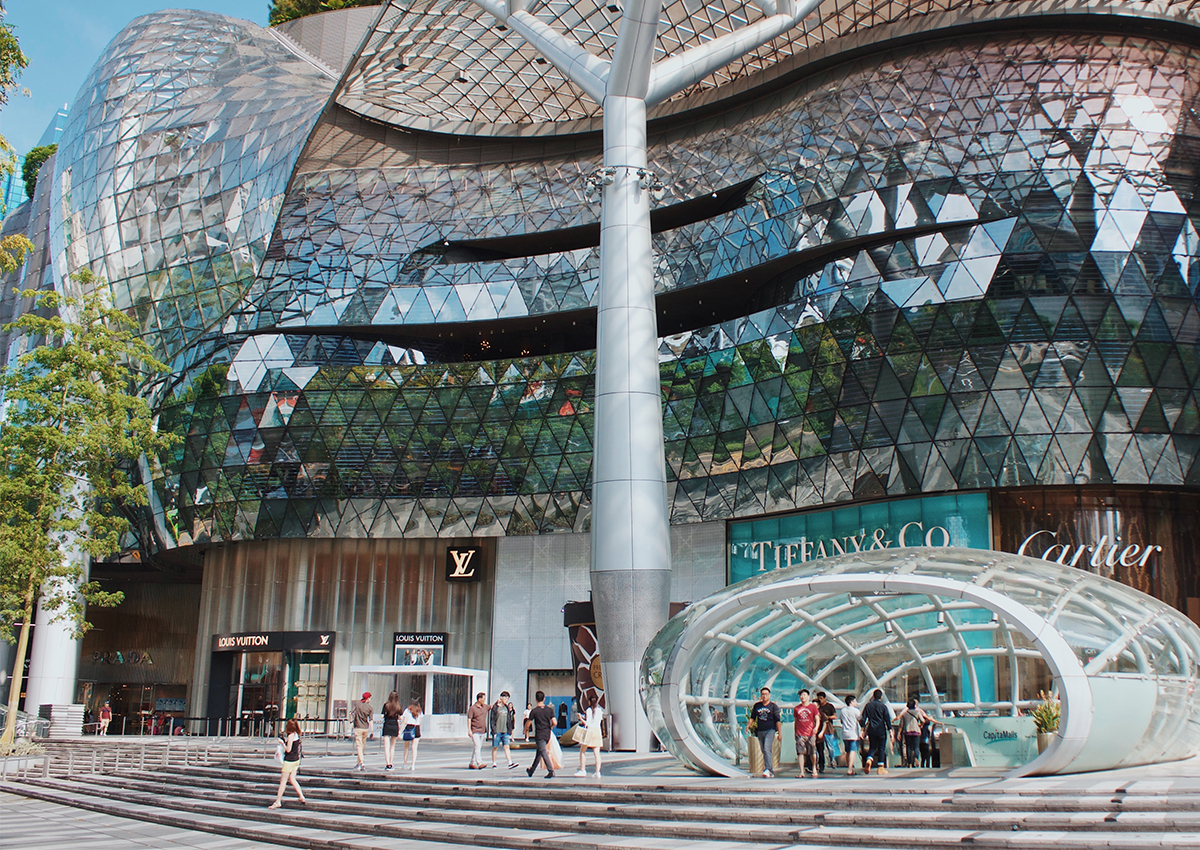 Remember German supermodel-host Heidi Klum’s tagline in Project Runway, “in fashion, one day you’re in, and the next you’re out”?

These words are an accurate description when you’re talking about the fickle world of fashion. With ever-changing trends, its cyclical nature (i.e. resurgence of retro styles) and rise of social media, fashion labels can easily rise from obscurity but can equally quickly return to dust.

Here, we’re highlighting seven fashion labels that have impressively withstood the test of time and have hit the century mark — some even more.

From Balenciaga, who turns 100 this year, to household names such as Chanel and Louis Vuitton, these are some of the biggest, most popular labels to know about and to own a piece of if you can.

A post shared by Cristóbal Balenciaga Museoa (@cristobalbalenciagamuseoa) on Jan 21, 2019 at 5:46am PST

The mention of Balenciaga conjures to mind cool street style pieces and trendy, often perplexing, creations conjured from the imagination of its creative designer, Demna Gvasalia. Case in point: Balenciaga’s Croc-inspired stilettos or the bags inspired by a furniture retailer (we’re talking about you, US$2,000 ($1383.95) version of an Ikea bag). Love them or hate them, there’s no denying that Balenciaga is adept at polarising the fashion world.

The Spanish label, which celebrates its centennial this year, was founded by Cristóbal Balenciaga, a couturier who had won favours from the likes of the Spanish royal court to the late Coco Chanel and Grace Kelly.

In fact, it could be said that the brand’s DNA is very much one that challenges fashion norms. One example was Balenciaga’s insistence towards using voluminous and oversized silhouettes — as seen with the bubble skirt and the sack and cocoon dresses — that differed from the style de rigueur, which was Christian Dior’s postwar form-fitting New Look.

After a 14-year closure due to Balenciaga’s passing, the label was re-launched in 1986 and was helmed by a series of designers including current Louis Vuitton head designer, Nicolas Ghesquière (’97 to ’12) and Alexander Wang (’13 to ’15). A 2018 report in the Business of Fashion named Balenciaga as the fastest-growing label within the Kering conglomerate.

If you’re in the market for quality designer trunks and luggage, Louis Vuitton is a crowd favourite. After all, Louis Vuitton, who founded the label in 1854, was the trunk-maker to Empress Eugénie de Montijo, wife of Napoleon III (no, it wasn’t her who asked the French revolutionaries to eat cake if you’re wondering).

He was also instrumental to many of the brand classics you see today, such as the Tumbler Lock used on the trunks and the iconic monogram that has quickly become a status symbol worldwide.

But besides the brand’s high-quality products and iconic lineups such as the Neverfull or Speedy bags, Louis Vuitton also prides itself on its limited-edition collaborations with celebs and high-end brands, ranging from pop musician Pharrell Williams to pop artist Jeff Koons and streetwear label Supreme.

Not only do these collabs give you incredible cachet owing to its branding, but its scarcity also gives you bragging rights. Assuming of course that you were able to score one for yourself.

Now, Louis Vuitton is helmed by Nicolas Ghesquière and Off-White’s Virgil Abloh — the former for womenswear and the latter for menswear. Forbes named Louis Vuitton as the 12th most valuable brand in 2019 with a value of US$39.3 billion.

While Prada is synonymous with its waterproof nylon bags and its cool take on fashion and style, did you know: Prada actually focused on leather goods in its early years?

Founded in 1913 by Mario Prada, it wasn’t until his granddaughter and current head designer Miuccia Prada took over the reins in 1978 that really made the brand explode in popularity. Her first commercial hit was the nondescript nylon bags, which still remains a hot-seller today.

In fact, Prada recently announced that it was releasing a new project titled Re-Nylon, where the collection — a belt bag, shoulder bag, tote bag, duffle and two backpacks — would be created with regenerated nylon called Econyl, as part of the brand’s green movement.

But back to the designer, under Prada and her partner Patrizio Bertelli’s leadership, the Italian label grew to become a titan in the luxury fashion industry. It has since gained a following among people who prefer a cleaner, less ostentatious designs.

Nadja Swarovski, a member of the Swarovski board, described Prada as “unquestionably one of the most influential designers in fashion history” when the designer was commended with the Outstanding Achievement Award at the 2018 British Fashion Awards.

Prada has since expanded to own four other companies in its portfolio — a younger, offshoot label Miu Miu, footwear labels Church’s and Car Shoe and Milanese fine patisserie Marchesi 1824. The group reported sales of €3 billion last year — a testament to its foothold.

If you’re looking for a luxury handbag to invest in, the Hermes’ Birkin or Kelly bag will always be a perennial recommendation by editors and fashion lovers everywhere.

The French label was created by Thierry Hermes in 1837 and made a name with leather saddlery used on horse carriage – which also explains the brand’s logo.

Now, the brand is known for its superb leather goods including, of course, the Birkin and Kelly, as well as its ready-to-wear, accessories (such as the Clic Clac H bracelet), silk and textile, watches, jewellery, perfumes and home goods. For the uninitiated, the Birkin and Kelly are named after British actress Jane Birkin and American actress/Monaco princess Grace Kelly.

Currently helmed by Nadege Vanhee-Cybulski, past creative directors include John Paul Gaultier and Martin Margiela. Hermès reported a hefty €5.996 billion ($9.194 billion) in sales in 2018, up from €5.5 billion in 2017.

From the double C earrings to its celebrated Number 5 perfume, its tweed suits and many iconic bag designs that have been imitated to death, Chanel is one of the most recognisable fashion labels today.

This year, the French label celebrates its 110th anniversary since its founding by the late, great Gabrielle “Coco” Chanel. She began as a milliner (or a hat maker in colloquial terms) and later expanded her range into couture, ready-to-wear, accessories, bags, makeup and fragrances.

Her tweed suit, for example, is especially notable. It ran contrary to the stylistic mores that were imposed on women as it featured a more masculine and sporty silhouette, while still keeping the chic and elegant aura. And it quickly caught favour, having been sported on the likes of former First Lady Jackie Kennedy.

Since then, the brand has been brought to even greater heights by the late Karl Lagerfeld, who passed away on February 2019. The secretive company finally revealed its earnings, taking in an enormous revenue of US$11.12 billion in 2018, up from US$9.6 billion in 2017.

Centred around the themes of basketry, weaving and hand quilting, the LOEWE Baskets collection comprises one-off art pieces and a range of bags, accessories and charms. Available now at selected stores and loewe.com. #LOEWE #LOEWEprojects

Behind Loewe’s (say: Lew-ay-vay) cult favourites such as the Puzzle and Gate bag, lies a brand is known for its rich history with leather craftsmanship.

The label was founded by a group of leather craftsmen in Madrid in 1846 and quickly caught the eye of the Spanish royal court. Loewe was subsequently appointed as a court supplier in 1905 by King Alfonso XIII and his wife, Queen Victoria Eugenia.

Currently, Loewe is helmed by Irish fashion designer Jonathan Anderson and has continued to find commercial success, especially in the realm of bags. Besides the aforementioned two, Loewe has other designs such as the Amazona and Flamenco bags.

Moreover, Anderson continues to refresh the understated, bohemian aesthetic of the brand with youth and vibrancy – another reason for its growing popularity. One instance is the recent collaboration with the famed Paula’s Ibiza boutique that features colourful, rich prints.

Loewe’s past creative directors who have helped propel Loewe’s name include Narcisco Rodriguez and Stuart Vevers. And as part of the LVMH Moët Hennessy Louis Vuitton group, Loewe contributed to the conglomerate’s €46.8 billion earnings in 2018.

Trench silhouettes are reimagined with silk Monogram-print chignon scarves – a representation of the #Burberry lady on the #Kingdom runway . #BurberrySpringSummer19 #NewEra #TBRT #BurberryGeneration

Two things immediately come to mind when the name Burberry is mentioned. The first is its signature trench coat and the other is the plaid print known as the Burberry check. The latter, like many of Chanel’s designs, has been copied to death by counterfeiters.

The English label was founded by Thomas Burberry in 1856. Burberry was credited to have invented the gabardine material, a waterproof yet breathable material made from Egyptian cotton, which he had used to make trench coats.

The coats were not only stylish but also served practical purposes and had been adopted by explorers and soldiers alike. It later gained popularity as a fashion staple and since solidified Burberry’s position in the fashion world.

In 2018, Burberry announced that they were going fur-free and would stop burning unsold goods as a pledge to be more environmentally-friendly. Burberry is currently helmed by Riccardo Tisci and reported a revenue of £2.72 billion in 2018.