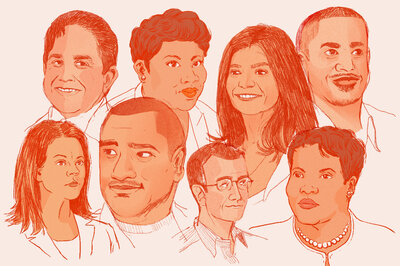 What does it mean to declare that #blacklivesmatter in education?

Last month the Movement for Black Lives, representing elements of the Black Lives Matter movement and related groups, issued a detailed policy platform denouncing what it called “corporate-backed,” “market driven” “privatization” in school reform, and helped set off a furor over this question.

Under the section labeled “community control,” M4BL called for an end to state and mayoral takeovers of school systems in favor of local, democratically elected boards, more equitable school funding and a de-emphasis on standardized testing. The group also demanded a moratorium on new charter schools, on school closures and on out-of-school suspensions, which they link to the school-to-prison pipeline.

The NAACP also backed a moratorium on charter school expansion in a preliminary resolution over the summer. It cited “weak oversight” of privately managed charters, instances of mismanagement of public funds, “exclusionary discipline,” and “increased segregation” as a result of the expansion of charter schools.

Then, this month, the Black Alliance for Educational Options, a pro-charter group, and the National Alliance for Public Charter Schools launched a campaign called ChartersWork to push back against the moratorium.

Some education leaders are rushing to embrace the newly frank conversation about the racial impact of education reforms. Others are caught awkwardly in the middle. And, some, especially conservative, reformers feel alienated.

“We’re watching the old NCLB/Race to the Top coalition come apart, and we’ll see what will come out the other side,” says Rick Hess, director of the education policy center at the American Enterprise Institute.

NPR Ed reached out to men and women from across the country, engaged on all sides of this debate, for their thoughts via email and phone.

Hiram Rivera is a co-author of the Black Lives Matter platform. As the executive director of the Philadelphia Student Union, he’s spent decades as an advocate for local voices in public schools. 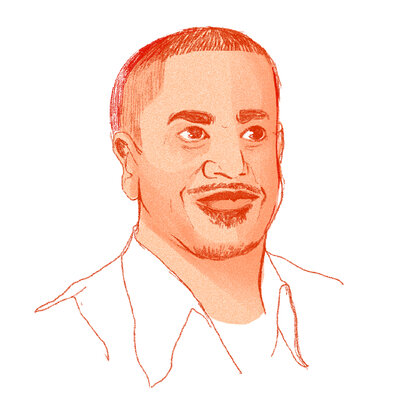 Hiram Rivera is a co-author of the Movement for Black Lives platform and executive director of the Philadelphia Student Union.

“I think the charter moratorium is the part that has angered the reformer movement the most, but it’s a very small piece of the overall transformation of the public school system.

“The moratorium calls for a halt in expansion, not closure, until assessment can be done of the entire school system.

“Transformation starts by looking at the root causes of the problems we have today … the criminalization of black youth. The use of standardized testing to justify the closure of schools. The gutting of funding.”

Jonathan Stith is a co-author of the platform and national coordinator of the Alliance for Educational Justice, a coalition of grassroots student groups. 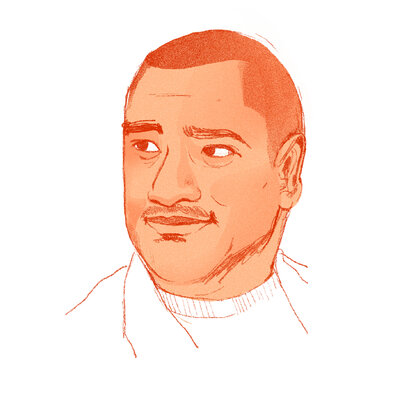 Jonathan Stith is a co-author of the Movement for Black Lives platform and national coordinator of the Alliance for Educational Justice.

“We’re not the first to call for a moratorium [on charter schools and school closures]. It’s been interesting to see who cheers for what. The teachers’ unions applaud the privatization piece, but are silent on our call to get police out of schools.

“We see a really big hemorrhage in education affecting hundreds of thousands of black young people in this country.

“A lot of charters are just shiny versions of the school-to-prison pipeline. There are reports of fraud.

“I have yet to see a black community that has voted directly for charter schools. They always are imposed. Districts are being taken over by governors or mayors and given very little voice. And so there’s this false language around choice.

“At the same time, we’re not with the status quo. We’re clear that 50 years after Brown vs. Board of Education, public schools have never served black children.”

Jacqueline Cooper is the president of the Black Alliance for Educational Options, which promotes school choice. 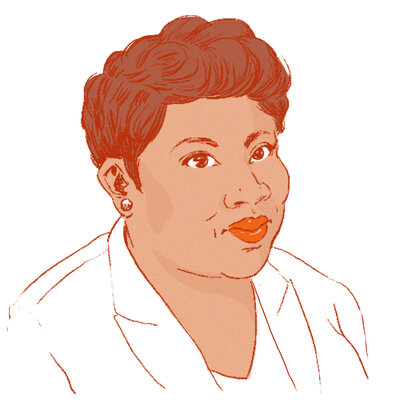 Jacqueline Cooper is president of the Black Alliance for Educational Options.

“The NAACP moratorium is inexplicable to me. Over 700,000 black students are enrolled in public charter schools. Studies show that charters are working for low-income black students.

“Who is anyone else to tell a parent where their child should be educated?”

Stacey Childress is the CEO of New Schools Venture Fund, a nonprofit philanthropy that invests in charter schools. 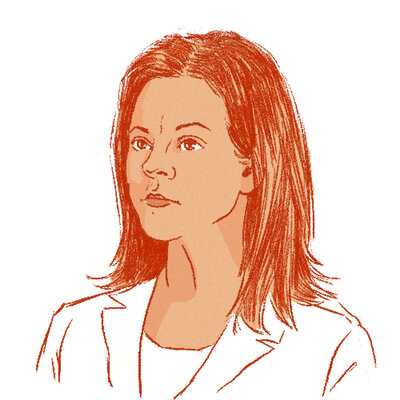 Stacey Childress is the CEO of New Schools Venture Fund.

“Many of us are working to create better educational opportunities and outcomes for black, Latino and low-income students. And, we’ve got different ideas about how to make that happen … We agree with the September 21st letter to the NAACP from 170 black educators and leaders, which said that ‘a blanket moratorium on charter schools would limit black students’ access to some of the best schools in America and deny black parents the opportunity to make decisions about what’s best for their children.’

“The bipartisan coalition that drove nearly 20 years of change to education policy and practice since the late 1990s is out of date.

“Today’s context and issues are different; our politics are different. And while it’s true the sharper focus on racial equity among many reformers has highlighted this condition, it didn’t cause it.

“We continue to believe in the power of a bipartisan coalition, and we believe it is made even stronger with more diverse leaders and viewpoints.”

“Organizations such as The Surge Institute, Latinos for Education, and EdLOC, are just as passionate as the Movement for Black Lives about people of color leading change. We share this common ground around issues including fair funding formulas and policing in schools.

“It is more difficult to find common ground with M4BL on public charter schools, TFA [Teach For America] and other innovations. As a social entrepreneur, I believe we should ruthlessly leverage all tools possible for justice. …

The bipartisan coalition that drove nearly 20 years of change to education policy and practice since the late 1990s is out of date.

“There has been what Dr. King would call “a negative peace” in education — that is, we are accustomed to order and a lack of tension rather than a ‘positive peace,’ which is the presence of justice.”

Dr. Michael Lomax is the president and CEO of theUnited Negro College Fund, and a longtime board member of Teach for America and the KIPP charter school network. UNCF has signed on to the ChartersWork Campaign.

“I disagree with the moratorium on charters because I think charters are part of the solution.

“But many of these charter providers — social entrepreneurs with a new generation of philanthropists supporting them — know very little about their communities and are dismissive of legacy institutions that they see as dinosaurs. And as a new generation of African-American activists are coming to the fore, they’re saying, Why are these organizations setting the agenda for educational change in our communities and not engaging us in the discussion?

“There’s amnesia about the work that African-Americans have been doing for a century and a half to create [educational] institutions that address inequality that has been systemic for centuries.”

Lily Eskelsen Garcia is the president of the National Education Association, the nation’s largest educators’ union with more than 3 million members, and has spoken out in support of the Movement for Black Lives platform. 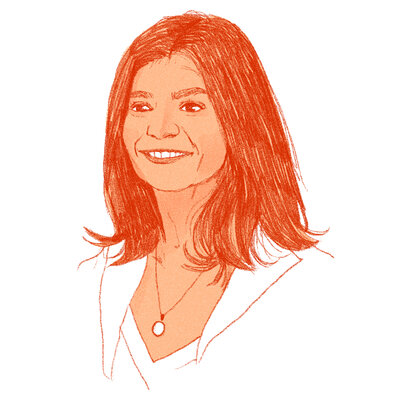 Lily Eskelsen Garcia is the president of the National Education Association.

“At NEA, we have long believed that charters should only be authorized if they will meet the same standards of accountability and transparency that public schools are required to meet by law.

“At its core, education is an act of social justice. NEA educators want opportunity for all students, regardless of zip code or background. As the Movement for Black Lives has identified, there are structural impediments to opportunity for people of color in America, and our education system, while intended to uphold equal opportunity, often also entrenches disparities by its sheer design – intended or unintended. We feel it is important to stand with social justice movements that advocate community based solutions to support students and public schools. … The Movement for Black Lives has influenced our union as we challenge ourselves to directly discuss and fearlessly fight racism in our schools.”

Robert Pondiscio is a senior fellow at the Thomas B. Fordham Institute, which advocates for standards-based reforms, vouchers, and school choice; and an advisor for, and teacher at, Democracy Prep, a high school charter network. 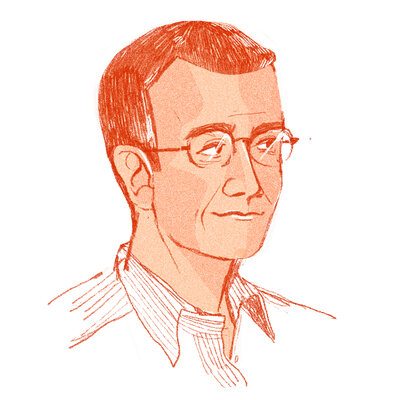 Robert Pondiscio is a senior fellow at the Thomas B. Fordham Institute, a conservative-leaning education reform organization; and an advisor for and teacher at Democracy Prep, a high school charter network.

“Improving schools for families least likely to have access to a free first-rate public education already serves the cause of social justice. But it’s lost upon me why this work has to be done within the context of social justice activism.

“One way to make a difference is to “be vocal.” Another way is to get out of bed, go to school [as a teacher], and ensure that low-income black and brown kids can read, do math, understand science and have the opportunity to fall in love with history, art and music. Every student I’ve ever taught has been a low-income person of color.”

Rick Hess is director of the education policy center at the American Enterprise Institute. 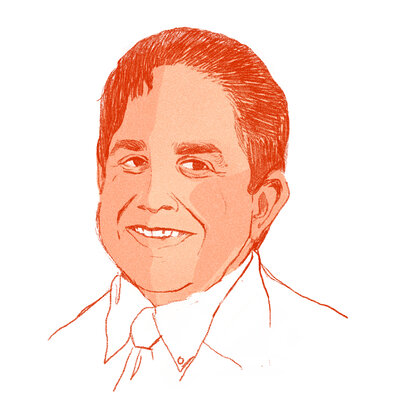 Rick Hess is director of the education policy center at the conservative-leaning American Enterprise Institute.

“I think the Black Lives Matter platform is ridiculous and self-destructive but unsurprising.

“Twenty-first century school reform has been a story of tackling race-based achievement gaps, with blatant disregard for suburban and middle-class interests. When you racialize an issue, you open the door to folks with a variety of race-based agendas.

“Reform is increasingly a question of race-based grievance rather than helping all children.”

Kaya Henderson is the outgoing chancellor of the Washington, D.C., public schools. 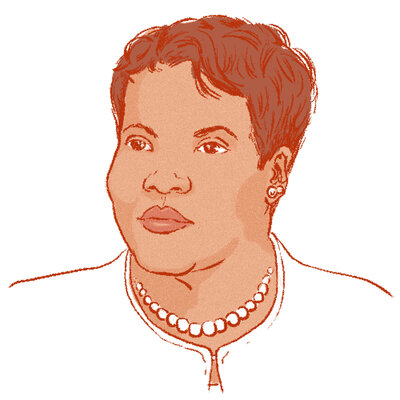 Kaya Henderson is the outgoing chancellor of the Washington, D.C., public schools.

“I am an African-American education reformer, a mother of two boys, and my race matters all day, every day, in everything that I do for me, for the students and families that I serve. I think that to try to ignore it compromises our ability to do the work well.

“I think a lot of time as educators and policymakers we think we have solutions for communities and we say here, we’re gonna do this and you’ll be thankful later, without asking people: What do you want and what assets do you bring to the table?

“And I’m excited that voices that have been long overdue in the conversation are getting the sunshine and the exposure to be part of a really important set of decisions.

“If charter schools grow in Washington, D.C., it doesn’t mean you take the money from the traditional public school system. But in Newark, it may be different. We have to figure out how to mitigate the unintended consequences on the traditional education system where the vast majority of our kids are.