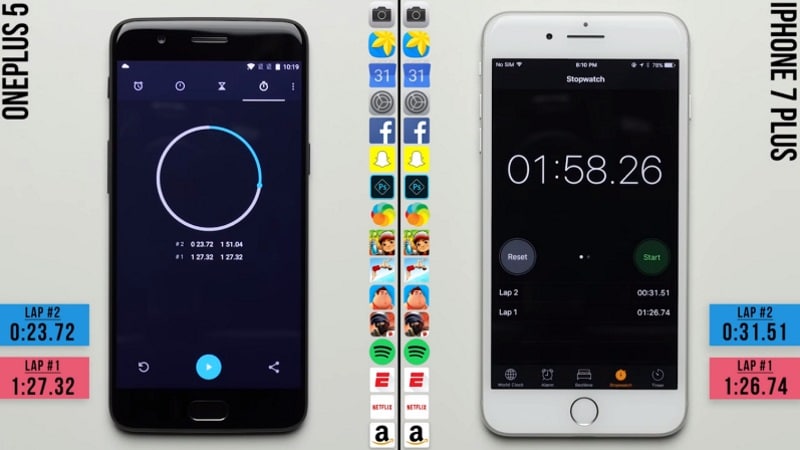 After the launch of OnePlus 5 earlier this month, a third-party speed test showed that the latest flagship from the company not only boasts capable hardware but comfortably defeats other Android flagships in terms of speed of launching apps. Now, the latest speed test has revealed that OnePlus 5 does not only beat its Android competition but also trumps iPhone in the same aspect.

In a video speed test performed by popular YouTube channel PhoneBuff, David Brahimi put up the OnePlus 5 against iPhone 7 Plus in a speed test that involved two laps of launching certain apps and games. While the speed test conducted by same channel in past have ruled iPhone to be the winner since iPhone 6s, this time around, OnePlus 5 ended up launching the apps at a faster rate than its iOS counterpart.

Further, one of the reasons why OnePlus was able to load apps faster than iPhone 7 Plus is its app animations, which are displayed while launching and closing apps. While iOS 10 has rather extensive animations that take you into and out of the app, OnePlus’ animations are shorter in comparison and end up giving the edge to the smartphone.