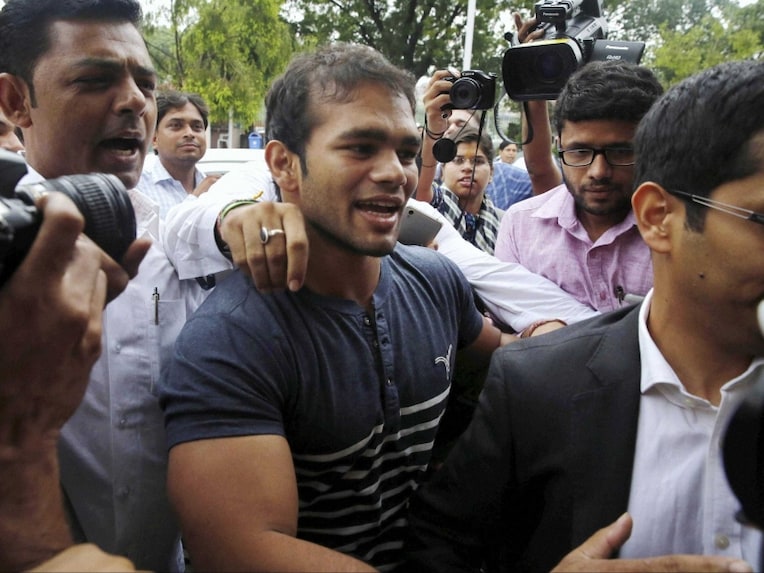 Narsingh Yadav’s Olympic dreams are alive and kicking. The National Anti-Doping Agency, on Monday, gave the dope-tainted wrestler a clean chit to participate in the 74 kg freestyle category at the 2016 Summer Games in Rio.

Narsingh had returned positive for methandienone – a banned anabolic steroid, following which the wrestler cried foul, claiming that the entire episode was a conspiracy against him.

Ending the suspense of the last few days, NADA Director General Navin Agarwal read out a statement clearing Narsingh, leading to wild celebrations among his supporters.

“The panel concludes that the athlete deserves the benefit of article 10.4 of the NADA’s anti-doping code. Keeping in view that he was victim of a sabotage, the panel exonerates the athlete from charges of anti-doping rules of NADA,” he added.

Narsingh was in jubilant mood after the verdict was announced.

“I am grateful to Prime Minister Narendra Modi for getting me justice. I was always training during this phase and I hope to win a medal at Rio,” he said.

The Wrestling Federation of India president Brij Bhushan Sharan Singh told the media that Narsingh’s name would be immediately sent to the international wrestling federation for re-registration for the 74 kg freestyle category.

“Parveen Rana’s entry was a back-up one and we hope Narsingh will get his place in the competition,” said Singh.

Narsingh’s lawyers said there was no penalty or punishment imposed on the wrestler and if the World Anti-Doping Agency (WADA) wanted to review NADA’s decision, they were free to do so.