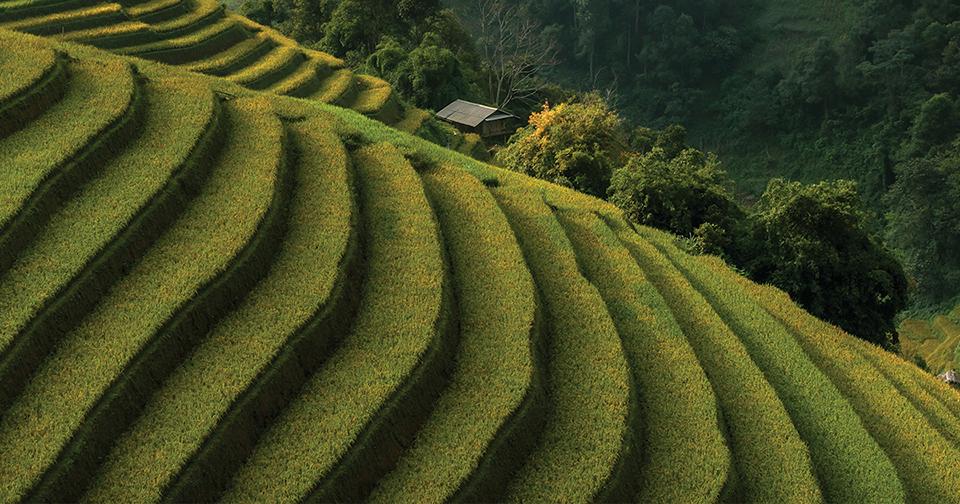 Consumers have a number of choices when it comes to what they eat. South American quinoa, Spanish olives, English cucumbers, French wines, North African couscous, California berries, Asian curries, and so much more. But we don’t often stop to think about how (or why) this is all possible.

Our abundance of choice comes from a combination of factors — like climate, soil suitability, logistics, economics, modern agricultural practices, or digital technology — as well as the fact that parts of the world are simply better-suited to grow different crops. In order to understand the breadth of food diversity, we take a closer look at three specific regions of the world, as well as the environments that allow their crops to thrive. Namely, the Americas, Africa, and Asia.

These three areas offer just a glimpse into the climate pressures, local infrastructure, and technology that support agriculture today — and in the future.

North and South America boast some of the world’s most productive crop lands. The United States and Brazil are among the world leaders of corn and soybeans. Other major crops include cotton, rice, wheat, canola, tree nuts, ground nuts, quinoa, cacao, and sugars from cane and beets. Supporting this production is a robust system of technological innovation, including advanced breeding and genetic modification of seeds, digital tools, precision technologies, data analytics, and agronomic practices like conservation tillage and no-till planting.

United States grain production also benefits from the most advanced storage and transportation infrastructure in the world. The Grain Belt, where the majority of corn, soybeans, and wheat are grown, is situated among four key river systems. The Mississippi, Illinois, Missouri, and Ohio Rivers flow through farm country, providing efficient infrastructure and affordable transportation. Perhaps most important: these four systems converge and flow into the Gulf of Mexico, contributing crucial export value.A,B

Despite the arid climate in the northern third of Africa, agriculture remains vital to the region. Cassava — a root vegetable that looks similar to sweet potatoes — offers a wonderful case study in the global increase of crops.

Native to South America, this vegetable grows remarkably well in drought conditions. As a result, it is well-suited for Africa, which produces more than half the world supply in any given year.C In some nations, like Ghana for example, this single crop provides nearly a third of the local population’s caloric intake.D Crops like coffee, okra, yams, sorghum, pearl millet, lentils, corn, rice, palm oil, bananas, and plantains, supplement the other two-thirds.

In the Middle East and Western Asia, where climates are primarily dry, farmers can grow an abundance of wheat, apples, barley, olives, rice, and cotton. In Southeast Asia, however, the climate becomes more tropical. While farmers can still grow the majority of crops found in other parts of Asia, they can also produce apricot, eggplant, soybean, sugar cane, and palm oil.

Unfortunately, one consequence of the changing world climate is rising sea levels, which is altering the salinity — or “saltiness” — of coastal waterways and soils, especially in Southeast Asia. These soils are excellent at holding water, making them ideal for rice paddies. For the region’s rice farmers, a new generation of advanced seed hybrids is being developed to adapt to higher soil salt levels.E Advancements in plant breeding continue to help farmers grow more resilient, resistant crops. In a region well known for rice production, these innovations are vitally important.

The ability to grow crops in the most suitable regions, combined with the ability to transport food from one region to another, contributes to what economists call “comparative advantage.” This theory suggests that every region needs to focus on doing (and growing) what it does best. When regions trade with other regions who are doing the same, everyone benefits from the efficiencies produced.

The use of technology continues to be important to a growing world impacted by a changing climate. Digital tools like software, advanced data analytics, and satellite weather technology are already helping farmers grow as efficiently as possible. These tools help farmers produce stronger crops, reduce their impact on the environment, waste less food, and find the right markets — all with tremendous precision and efficiency.

“Digital tools, driven by the application of data science to new and ever-evolving data sets, will transform the future of farming in more profound ways than hybrid corn and biotechnology changed farming in the 20th century, ” states Mike Stern, CEO of The Climate Corporation and Head of Digital Farming at Bayer, “Digital agriculture can catalyze new opportunities to improve productivity, manage risk, and farm more sustainably – all of which we will need to help feed the unrefuted 2 billion new inhabitants our planet will have by 2050.”

“Digital tools […] will transform the future of farming in more profound ways than hybrid corn and biotechnology changed farming in the 20th century.”

As more farmers around the world gain access to innovation and shared resources, everyone can benefit. Farmers can have more stable and successful operations, consumers can have access to more and diverse choices, and the planet can benefit from the efficiency and precision that lead to less impact on our most precious natural resources.