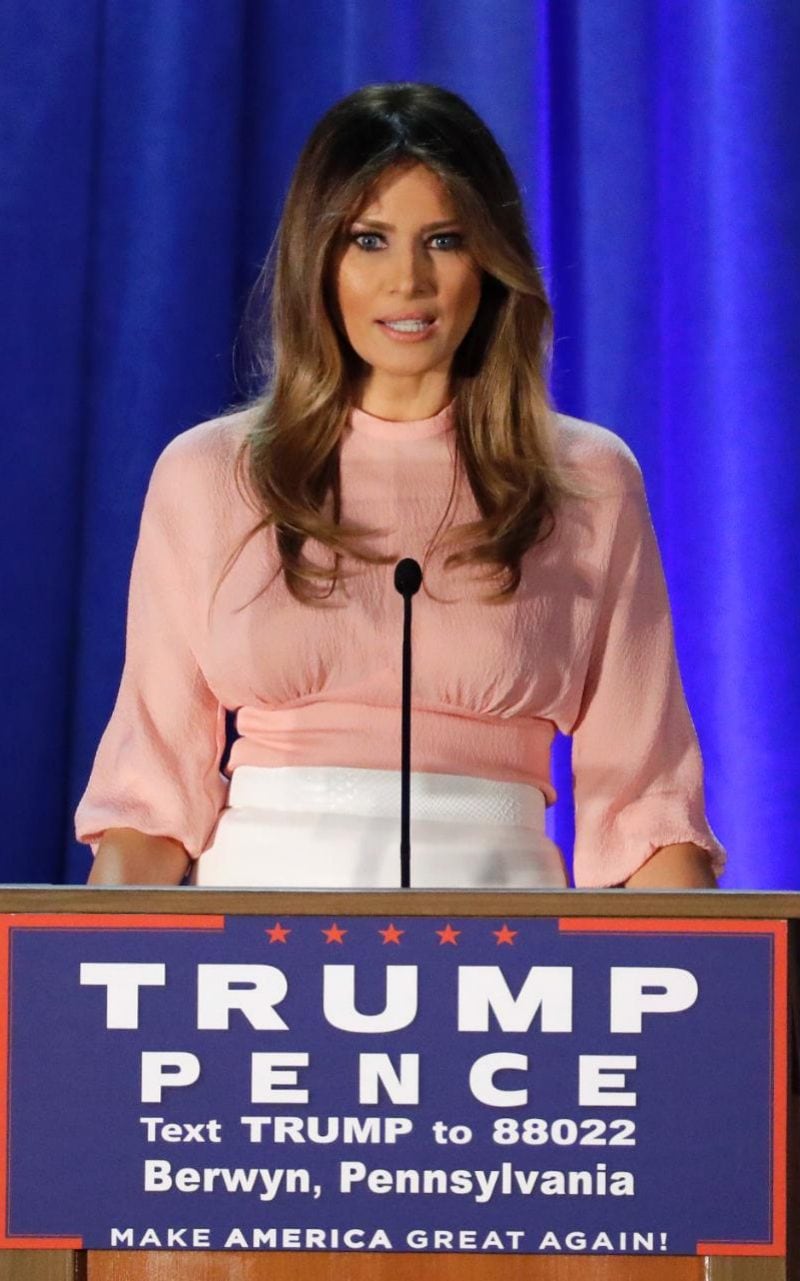 The fashion community has so far been divided in its consideration of how to ‘treat’ Melania Trump. Designers and media outlets, from the Council of Fashion Designers of America to US Vogue, had officially endorsed Hillary Clinton, and so when Donald Trump won the election, there were immediately whispers of snobbery and snubbing, with refusals to lend clothes to the new First Lady.

But now, the first designer name has put himself out there to say that he would be delighted to dress Mrs Trump. American fashion stalwart Tommy Hilfiger has thrown his hat into the ring, saying simply; ‘I don’t think people should become political about it.’

‘I think Melania is a very beautiful woman and I think any designer should be proud to dress her,’ Hilfiger told WWD. ‘Ivanka is equally as beautiful and smart, although she wears her own clothes. Everyone was very happy to dress Michelle [Obama] as well. I think they look great in the clothes. You’re not gonna get much more beautiful than Ivanka or Melania.’ 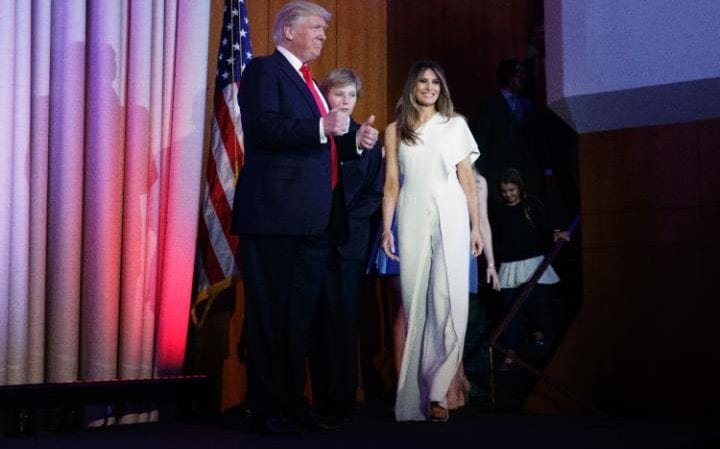 As one of America’s living fashion legends, this endorsement from 65 year-old Tommy is quite the bone throw for Melania. Prior to his comments, the rumblings had been mostly negative towards her, as supermodel Gigi Hadid did a mocking Melania impression in front of millions of millennials at the American Music Awards on Sunday night, and designer Sophie Theallet, whose nine year-old label has dressed Michelle Obama on many occasions, released a damning statement explaining why she will never clothe the new FLOTUS.‘As one who celebrates and strives for diversity, individual freedom and respect for all lifestyles, I will not participate in dressing or associating in any way with the next first lady,’ she wrote. ‘The rhetoric of racism, sexism and xenophobia unleashed by her husband’s presidential campaign are incompatible with the shared values we live by.’ Both Hadid’s impression and Theallet’s letter were met with some backlash on social media.

For many who were too frightened of a PR scandal to commit either way (WWD also asked Diane von Furstenberg, Michael Kors, Carolina Herrera, Rosie Assoulin and Thakoon Panichgul for comment, all of whom politely declined) the feeling is one of conflict, in that if they exclude Melania (or indeed any other person who wants to wear their wares) from doing so, that they would be going against the values that they might hope to defend. ‘It would be hypocritical to say no to dressing a Trump,’ Marcus Wainwright of Rag & Bone has said. ‘If we say we are about inclusivity and making American manufacturing great again, then we have to put that before personal political beliefs.’

For these brands, Tommy’s backing could now be seen as a green light to proceed, business as usual, in bidding to dress the First Lady. Because whoever she may be, the FLOTUS’s back has long provided a platform that can bring great exposure for an American designer, and can indeed be the making of a fashion-world newcomer’s career.

Michelle Obama’s repeated commissioning of the little-known Jason Wu secured his rise to the top of the red carpet’s most-wanted list, and simultaneously aligned her with a pack of young-and-cool American labels, no doubt aiding her own appeal with the country’s young-and-cool voters. So far it seems that Melania’s power-dressing formula of sheath dresses and stilettos hasn’t resonated with the younger, liberal generation of designer labels (or their model muses) but perhaps Hilfiger’s comments are an indication of how her relationship with the industry will now play out.

If the fashion industry favours the young and the new, but the young designers don’t want to dress her, then perhaps Melania will rely solely on the old guard of New York names? It would be a smart solution, given the demographic of her husband’s average voter, to favour the brands that everyone knows to be lauded American establishments – Hilfiger, Ralph Lauren, Michael Kors and the like. It would be the greatest shame, however, a catastrophe for creativity, if this process of mutual exclusion ultimately causes the country’s stream of new talent to be excluded from the opportunity to shine on the world stage.